Ice rink “Medeo” is the highest mountain sport complex in the world, it is situated at an altitude of 1691,2 metre, not far away from Almaty, was built in 1972. Skating rink became popular because of pure water, a mild climate in the valley and a gentle breeze.

In honor of the nomad Medeu was named this beautiful mountain valley, who lived in this picturesque area in the last century. After modernization rink was improved, there were installed more than 120 world records by famous athletes.

To admire the beauty of ice rink you can with a high point you can climb a famous ladder. It was named Mokhnatka because of its thick covering trees. At the beginning of the last century there was a grotto monastery, pilgrims still come and 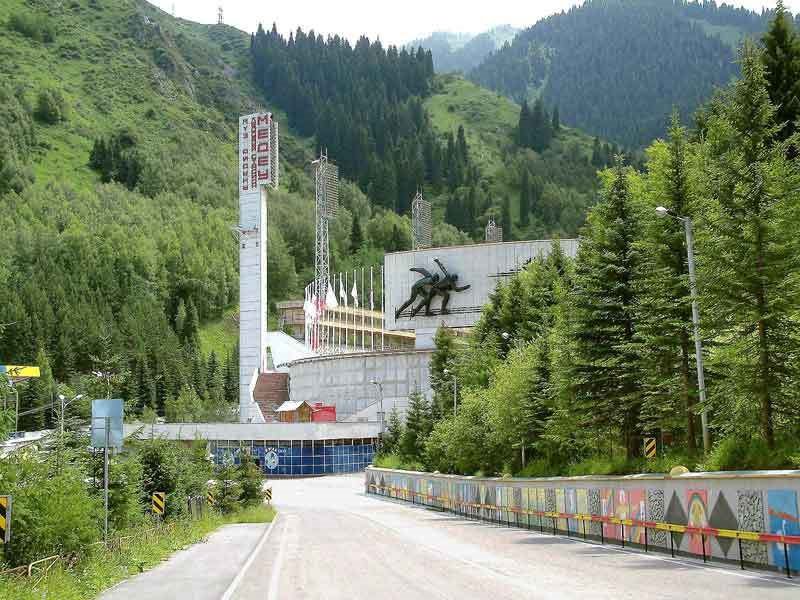 For many ears ice rink was a huge concert hall, there was held international music festival "Voice of Asia", which was attended not only Kazakhstan performers, but the stars of the world stage.

At the week-ends the ice-rink is often visited by residents and guests of Almaty. In conclusion I would like to note that the rink Medeo is a public skating and sport competitions not only in the winter season, but sport- entertainment and wellness center - "Amusement Park - Medeu" in summer.

The famous ice rink Medeo hospitably meets everyone who wants to go and admire the beauty of the highest sport complex in the world.